The 4 Most Important Aspects of Disciplining Effectively 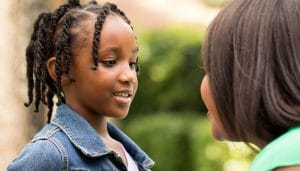 How many of us have said, “My kids gets in trouble for the same thing every single day and still keeps making the same choices. Nothing works!”

Or, “They just won’t listen to me until I’m screaming like a crazy person.”

We’ve all been there.

But our words of frustration are actually the exact answers to our problems … the methods we’re currently trying are not effective for this child at this stage of development. Nothing works… so far.

So what’s missing? What are the absolute requirements for effective disciplining?

There are a million different schools of thought on discipline, and each of them can be carried out in a hundred different ways. However, not all methods are effective. And no method can be effective if it’s done incorrectly.

So here are the aspects of disciplining that parents/teachers/caretakers MUST have in order to be effective. You can add to these, but if you remove any of these aspects, your discipline strategy is almost sure to be ineffective.

Outer qualities are all the things about you that your child (or student) sees when you’re disciplining.

How does your voice sound?

What is your body language saying?

Don’t let your voice sound exasperated. Be as neutral as possible. You’re supposed to be the calm to their chaos, not additional stress.

Many parents believe that showing a child how stressed they’ve made you will motivate them to make better choices, but in no circumstance has that ever been a lasting motivator. It might work once or twice, but it won’t sustain them. They’ll never be able to generalize that skill to use with other people.

Also, a lot of kids really don’t care. Even if they love you, kids haven’t always developed the emotional capacity to feel empathetic toward the stress of others. They can empathize with physical wounds and fear, but stress tends to be beyond them until they reach puberty.

The number one outer quality that adults are often unaware of when disciplining is voice tone. You can THINK you sound calm, but to everyone else, you might sound like a condescending know-it-all.

In the world of discipline, consistency means giving a consequence for a negative behavior EVERY. SINGLE. TIME.

It also means not changing your rules (or rarely doing so) once those rules have been established.

In the beginning, this might feel like you’re saying, “Good job,” all day long, but it’s so worth it. It builds a report between you and your child, it builds their confidence, and it shows them that you really do notice the good stuff, too.

If you’re quick to notice the positive choices they’re making, then they’re less likely to be personally offended when you notice the negative choices.

For kids who have lower IQs or who are extremely sensitive (emotionally), you will need to praise at an even higher rate. If this number feels staggering to you, you either really have a problem with only seeing the negative in your child, or you just aren’t noticing all the little things you praise.

You can find something to praise in almost every circumstance.

“You’ve earned a timeout for arguing, but I noticed that you caught yourself a lot sooner than usual. Nice job, buddy.”

“Good job throwing your trash away.”

“Nice job putting your plate in the dishwasher.”

“Great job brushing your teeth without being asked.”

Literally praise ANYTHING so long as you’re not using a condescending voice tone. Even older kids enjoy being praised for the small stuff. It really doesn’t make them feel like a baby as long as you’re not treating them like one.

Your consequences have to match the child and the offense, all at the same time. You don’t have to get this one perfectly right every time, but it’s important to be in the ball park.

You can’t ground a child for three days for not putting his plate in the sink right away. That’s too harsh.

You can’t take away a toy that you know your child doesn’t care about because they hit their brother/sister in a fit of anger. That’s too lenient.

You can’t give a timeout to a sixteen-year-old. That isn’t age-appropriate.

You can’t have lecture a two-year-old. That isn’t age-appropriate, either.

You can’t do timeouts with a kid who doesn’t mind sitting quietly in the corner. That doesn’t play to the child’s desires.

You can’t take away toys from a kid who doesn’t care about material possessions. That doesn’t take into account what the child is motivated by.

Consider how you’re consequencing your child, and ask yourself if it’s appropriate. Doesn’t it focus on what the child enjoys and is motivated by? Is it age appropriate? Does the consequence match the offense?

These take some time to get right, but you’ll figure them out. If you need help figuring out what kids are motivated by, we have blogs on that, too.

(And remember that consequences are not the same as punishments. Punishment is meant to harm, shame, or instill fear. Consequences teach cause and effect in a safe, neutral way.)