A Brief Guide to Self-Harm and Unhealed Childhood Trauma 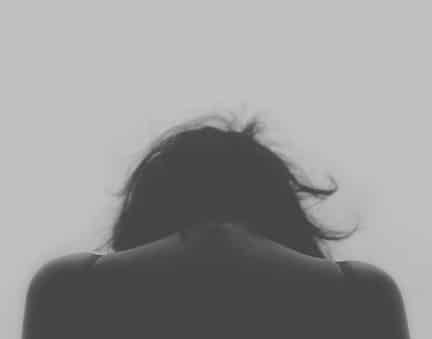 Self-harm is a commonly misunderstood psychological phenomenon. Some people believe that those who harm themselves are simply stupid because why else a person would do that. Others think that self-harm is only attention-seeking behavior. Some even call it selfish.

Before digging deeper, let’s first define what constitutes self-harm. Self-harmful behavior is a behavioral pattern that results in harm to yourself. A very simple example of that is cutting.

Another, more common form of self-harm is poor self-care. Here, while person is not harming themselves directly or even immediately, the lack of self-loving and self-caring behavior can be incredibly harmful, especially in the long run.

The ultimate form of self-harm is suicide. Here, the person’s pain is too great and they see no hope that it can ever get better.

The origins of self-harmful behavior

Self-harm is rooted in self-loathing and self-erasure. A self-loathing person believes deep down that they are defective and worthless. They often feel that they are morally bad and therefore deserve the bad things that are happening to them. They may even believe that they deserve to be punished and suffer.

In the book Human Development and Trauma I describe it like this:

“In their childhoods, nobody cared about what they needed, felt, and wanted, such that over time they become detached from themselves. In addition, if they were punished or scolded for being authentic, they learned from an early age that having certain emotions, dreams, and goals was dangerous.”

Emotionally, such people feel isolated, misunderstood, ashamed (toxic shame), and guilty (self-blame). They deal with all this emotional pain by acting in a way that is not self-loving.

A very important point here is that self-harmful behavior is often a survival strategy, meaning that that’s the best way the person adapted to survive in their unhealthy childhood environment. So from that perspective it makes total sense.

The mechanism of self-harm

People who act in a self-harmful way come from environments where they severely lacked love and care from their primary caregivers. The message that they internalized was that they are not worthy of love or care, and so it became their belief about themselves.

They didn’t learn to love themselves and take good care of themselves because nobody really cared or really loved them. At least not in a healthy way that would have resulted in different core beliefs, emotional states, and behavioral patterns.

Some people unconsciously don’t even want to be alive but don’t want to commit suicide either. So they slowly kill themselves by smoking, consuming alcohol, engaging in overly risky behavior, and so on. Or they self-sabotage, stay passive, and don’t take any steps to improve their life.

If a child is routinely punished, actively or passively, they internalize it and later in life do it to themselves. If a child is not allowed to feel certain emotions, like anger, they learn to deal with it in destructive and self-destructive ways, which often involves self-harm and poor self-care. These are “more acceptable” ways of releasing it.

Sometimes people harm themselves because they feel numb, and feeling pain means feeling something. It means I’m alive. Some people learn to associate pain with pleasure. Others hurt themselves when feeling overwhelmed because it’s their general way of releasing emotion.

Self-harm as a survival tactic

Since developing self-harmful tendencies was crucial to the person’s survival, it is important to remember that the person engaging it this behavior is not necessarily “stupid” or “attention-seeking” or “selfish.”

Yes, sometimes some people act stupidly or selfishly or in an attention-seeking manner and it’s important to protect yourself from people who are harmful or manipulative, but that’s a separate category or subset. Many people who, for example, cut themselves don’t do it in order to manipulate others. Most are ashamed of it and try to hide it, like many other personal things (self-erasure).

And so it’s unfair, inaccurate, and myopic to put everyone who acts in a self-destructive and self-loathing manner in the same category, even though all these behaviors stem from traumatic and otherwise lacking upbringing and are ways that people learned to deal with emotional pain.

Whatever the case may be, the core problem here is that what helped a person endure and survive their abusive, scary, and inadequate childhood environment got carried over into adulthood. What was tremendously helpful is now a hindrance that often affects all spheres of the person’s life.

What was a survival tactic is now a set of unhealthy tendencies that are in the way of inner peace and happiness.

A devastating problem is that those who suffer from self-harmful beliefs and behaviors are too ashamed to seek help. They already have been hurt and betrayed by people, especially when they were small, dependent, and helpless children, so being vulnerable and talking about your problems can seem too risky and overwhelming.

It also doesn’t help that there’s a social stigma regarding mental health. We don’t have that stigma in regard to our physical health. Nobody condemns you if you go to a personal trainer or a dietitian or a doctor. A lot of people believe that only people who are “seriously crazy” should seek help. But the truth is anyone can look for professional help and benefit from it.

So if you have personal problems, whatever those problems are, the first step is to recognize it. Learn new, healthier ways how to deal with emotional pain. Maybe try to work on it by yourself first. But consider seeking help if you need it. There’s nothing wrong with it.

For more on these and other topics, check out the author’s books: Human Development and Trauma: How Childhood Shapes Us into Who We Are as Adults and Self-Work Starter Kit.