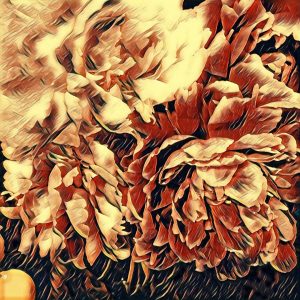 Whenever you watch an old movie or sitcom, you likely cringe at what was socially acceptable for the era—racist jokes, misogynistic epithets, blatant xenophobia… and you should cringe.  For most people, it’s entirely obvious how offensive and dehumanizing it would be to tell a Black or Brown person, “Good job on talking so white.”  You’d never tell a woman, “Stellar work on that court case.  You held your own like a real man today.”

As culturally offensive and socially inept as those statements are, there is a similar canard which continues to be acceptable in both mainstream and academic language: “High-functioning” or “low-functioning” autism.

Autistic people should always be consulted about what it means to be autistic.  They are the ones whose voices most matter when it comes to understanding the very real perceptive differences and unique struggles of their neurotype.  And so, to demonstrate a best practice in diversity acceptance, I have asked some of #actuallyautistic people to describe how they feel when they or their loved ones are labeled according to their perceived function level.

Here are their responses:

When I take the very vulnerable risk of disclosing to someone that I have autism, especially if it’s a person who is socially progressive or in a field working with autistic individuals, it really hurts me to have them respond by bragging on how high-functioning I am.  It’s like a paradigm in our relationship suddenly shifted, where I’m an other—a case study or a set of symptoms instead of a human being.  I don’t understand why it’s considered acceptable to comment on how appropriately someone is existing in the world. –Isaac, musician, USA

When people say I’m “high-functioning,” what I hear is either, “You don’t look or sound like my friend’s cousin who has all the presidents memorized and screams when he sees a bike,” or “You almost seem like a real person, just like me.”  My problem with the “you’re almost like me” thing is that it erases my autistic identity and casts it as abnormal and undesirable. I consider being autistic to be a fundamental part of my identity. –Flannery, graduate student, Canada

Hearing the “high-functioning” label is invalidating because it dismisses the sheer cost that “functioning” can have for someone with autism. I may be lucky enough to be able to work, but putting on an act that I’m not autistic all day professionally means that for the rest of the week I have no energy left for cooking, hobbies, or talking to anyone. I work three days a week, and spend the other four recovering and isolating from everyone I know just to do it again. That’s not functioning. That’s surviving. –Rebekah, NSW, Australia

I think that high-functioning is what people say when they cannot immediately see that you are autistic. Or say, when things are ok with you, that you are living within fictitious NT boundaries of normal behaviour. I hate the idea of this. It sounds to me like, “You are just about okay, unlike the rest of them!”  I am very, very autistic.  I have a degree and am good at various things, but this does not make me high-functioning. I struggle a lot with everyday life as do all autistic people. IQ is not a measure of autism. –Leo Yeats, artist, UK

It pisses me off. Telling me I’m high functioning isn’t a compliment. It’s dismissive. I don’t need your approval to exist. My relatives comment about how my son’s Autism “comes and goes” and how some days he doesn’t even seem Autistic. No. Everyone who is Autistic is Autistic all of the time. Some days masks are easier to wear than others. This “you are so high functioning” garbage makes an Autistic person feel like that’s the level they must maintain for acceptance and approval, even though it’s utterly exhausting and painstakingly near impossible on them to maintain that appearance. Autistic people need to be accepted as Autistic with the understanding of the unique challenges each person faces. The high/low functioning labels are only to there make neurotypicals feel better about what they don’t understand. -Jamie, coder, USA

Function labels are not helpful because autistics are often a mix of high and low functioning. For example, I may be able to mask and hold a job, but other areas of my life suffer. And people labeled “low-functioning” can both achieve great things and function in some areas better than I do. –Lisa, university professor, USA

To be honest, I’m not sure what “high-functioning” means. And, I don’t know if I want or need another label. I’ve never been a fan of them. I’ve always just wanted to be me. As for others “complimenting me on being high-functioning,” I’d just feel uneasy about that. It’s just…I mean, sure the compliment may be genuine and sincere, but what is the point in saying someone is “better” than somebody else? –Roger, music therapist, USA

Function labels are how people categorize us in a euphemized, politically-correct way to say ‘r-tarded’ or ‘not-r-tarded.’ I’ve actually heard people say that, in 2018.  It puts me in a position to have to constantly explain how and why it is inappropriate to use this language, only to be regarded as a “socially-difficult aspie who loves to correct people.”  The irony of me being considered “mind blind,” “lacking in empathy,” and “socially awkward” notwithstanding, I would love nothing more than to be relieved of the burden of constantly having to explain to people why it’s not okay to talk about human beings according to their ability levels.  Frankly, if that’s the bar, I’d rather be called low-functioning. Function labels give people permission to see me in terms of my IQ, my verbal abilities, and my ability to socialize in the way neurotypicals do.  It carries implications about my emotional stability and my ability to maintain a job.  Everything about autism is more complicated than a set of over-simplified platitudes.  –Rayma, writer, USA

It feels like they are in a way “thanking” me for not making them feel uncomfortable. Like I’m simply existing, trying to cope in a world that is hellbent on misunderstanding me from day one, and all they can see is, “You are different, yet you’re bending to my comforts and that’s great!” No. I’m living the only way I know how. You’re a non-factor in this, and yet you’re making me want to crawl in a hole and avoid the world. –Rae, direct support professional, USA

While I have just recently discovered that I am an Aspie, I’ve been raising autistic humans now for 15 years, and I married one 19 years ago! My children have often been compared to one another. My oldest, who is very verbal and able to hide her symptoms, is often referred to as “high-functioning.” My youngest, who has expressive language delay and displays some behaviors that are more observably autistic, is referred to as “low-functioning.” I find it ridiculous that “professionals,” who inform the public opinion in regard to us, are so narrow in their designation of such a subjective label. I do understand the human condition of wanting to categorize all things, including humans, in order to prioritize and assign worth. Herein lies the danger of the “high-functioning label.” It assigns priority and value.  My children are ranked according to their perceived, arbitrary ability levels. As someone who could struggle to acquire an accurate diagnosis, the label “high-functioning” causes me a great deal of stress because I know that only other Aspies recognize me and understand how much effort it takes me to make it through the day. The “high-functioning” label brings pressure to conform and comply further, which is oppressive and increases the risks of debilitating Mental Illness and other stress-related health risks. I know this first hand, as it is my story and the story of my Neurodivergent family. –Jen Bluhm, Performing Artist, Minneapolis, MN.

I find the terms “high-functioning” and “low-functioning” to be harmful barriers for neurodiverse people everywhere on the spectrum. A “low-functioning” person is considered essentially incapable and a “high-functioning” person is considered mostly fine—maybe just quirky or odd. But, there is no such thing as being a little bit autistic. As an aspie, I face challenges every day that are not taken seriously. I am almost constantly overwhelmed– by sounds, scents, and occasionally even bright/fluorescent colors. I hyper-empathize, so I often find social interactions exhausting and emotionally painful, because it is as though I can actually feel other people’s emotions. I have to be constantly “on” when I’m out in public, and I have learned to navigate the environment well. But, when I get home I am exhausted, stressed, and overstimulated. I have to schedule quiet down time and use skills to decompress. But, the outside world doesn’t see that side of me, so they call me “high-functioning” and have little interest in understanding or helping me. –Brittney, early education, USA

Stop using function labels and correct people who do.  Autistic people have shared with you their hearts and how they are affected by those labels, and to continue using those labels would be to consciously contribute to the oppression they cause to autistics.

A note about the term Asperger’s

Asperger’s is autism, and though the name has been removed from the DSM-V, it remains a separate diagnosis in most countries outside the US.  For a long time, it was used to characterize a person with autism who did not have an intellectual disability.  In many circles, the label was thought to apply to people who were verbal.  In mainstream society, it is the archetype of a quirky-but-loveable nerd with atmospheric intelligence and poor social skills.  To the insider community, most of us use the terms autistic and aspie interchangeably and do not try to differentiate the two by any criteria.

A Note About the Artwork

The art featured here is by a friend of mine, Leo Yeats, who describes himself as extremely autistic.  He struggles with communication and before me didn’t have any close friends.  When I showed him a pictures of flowers from my garden, there was one to which he was drawn.  He saw in it something more significant than just a flower.  They were from my grief garden, to which I add every time someone close to me dies.  They are to help me grieve, and to take time out each year to celebrate the lives of the people who have brought so much to my life.  The flowers to which he was specifically drawn were those planted for one of the closest friends I’ve ever had, a beautiful soul and an aspie, who was unable to bear the weight of the world and took his life.  The other was a relative, another aspie, who always understood and appreciated those parts of me which were at odds with the rest of the world.  He saw that, and he decided to paint it.  The image for this blog is his work in progress, and it’s an honor that he has allowed me to share this with the world to show that autistic people can see things many can’t, and that they can communicate with the world in profound ways that transcend language.