The Legacy of “Deinstitutionalization” 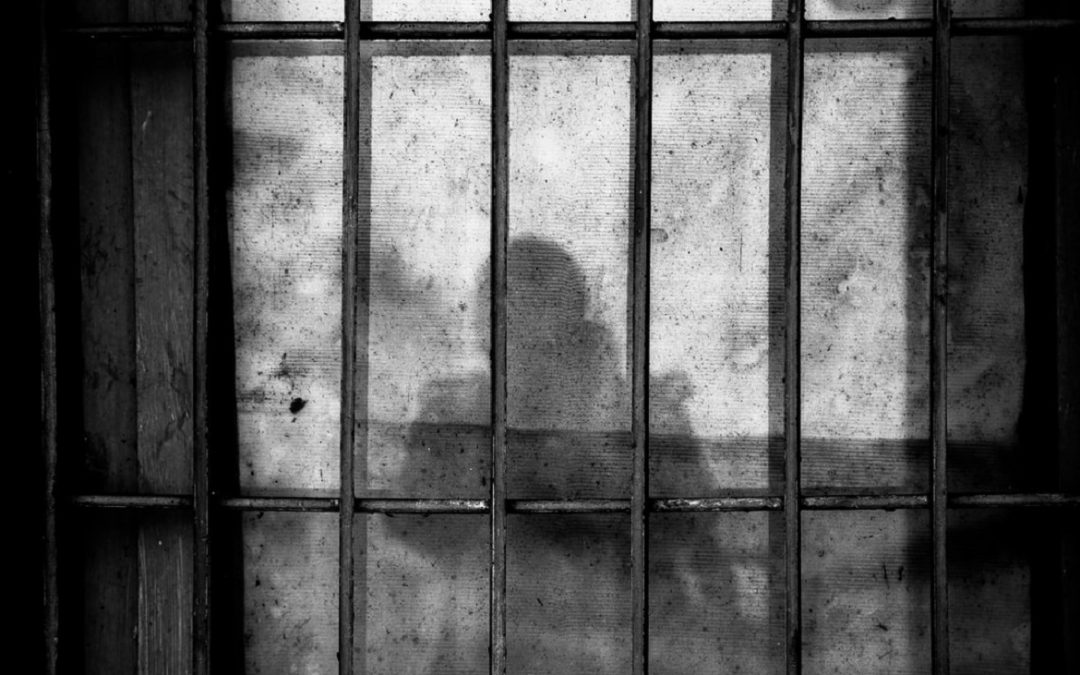 The Legacy of “Deinstitutionalization”

Image description: grey and black stock photo of bars on a window. A person’s shadow is in the center of the window

In today’s “deinstitutionalized” world, prisons and jails function as makeshift asylums with the shared goal of containing and segregating Black and Brown disabled communities from the rest of society. As of 2014, approximately 356,000 incarcerated people have severe mental illness, 10 times the number of people with severe mental illness in state hospitals. To make matters worse, for those who don’t enter prison with disabilities, the inhumane environment inevitably creates and compounds health conditions, mental illnesses and trauma experiences. The fact that “jails in New York (Rikers), Los Angeles (LA County Jail), and Chicago (Cook County Jail) are now the three largest institutions providing psychiatric care in the U.S,” and that the “psychiatric care” comprises of solitary confinement, physical restraints, removal of food, and refusal of medication amongst other life-threatening actions, is deeply disturbing.

We can trace the over-pathologization and hyper-criminalization of disabled Black people back to “insane” asylums and the 1960s “deinstitutionalization” movement. Virginia legislators established the Central State Lunatic Asylum for the Colored Insane, the first asylum created specifically for non-whites, to maintain control over formerly enslaved African Americans. Post-emancipation, white society grew increasingly weary at the prospect of African Americans being viewed as equal and used the asylum to create a new forced labor class to exploit. African Americans were incarcerated at the asylum for “infractions” including arguing with a white boss and not stepping aside for a white person on the sidewalk. Moreover, legislators fabricated insanity diagnoses for African Americans who attempted to move to the North – resonant of the original fictitious “drapetomania” diagnosis used to re-capture and abuse fleeing enslaved individuals – allowing the state to shackle them once more through institutionalization.

For instance, racist diagnosing in an educational context feeds into a new cycle of institutionalization and entrapment in the industrial prison complex. Doctors are much more likely to misdiagnose Black children, compared to white children, with schizophrenia, bipolar disorder, and/or other conduct disorders instead of their actual experiences with attention deficit hyperactivity disorder and autism spectrum disorder. These racial biases in diagnosing are pervasive despite the scientific evidence showing that Black and white children experience attention deficit disorders at nearly the same rates. Instead, doctors force diagnoses upon Black children that are some of the most stigmatized in the United States, often conflated with violent criminality. In this way, Black children are routinely viewed as being defiant and out of control; rather than receiving adequate disability care and services in schools, school resource officers arrest and the courts incarcerate Black children in juvenile detention facilities.

“Insane” asylums taught us to fear mentally ill communities, normalizing the removal of human rights through captivity as a suitable treatment protocol, even for children. This ableism, coupled with the United States’ sinister foundation of oppression against Black communities, has led to the carceral state pushing disabled Black people into prisons at alarming rates. It is crucial that we continue to examine how the treatment of mentally ill communities throughout the “deinstitutionalization” movement shaped minimally less overt forms of institutionalization that remain today.

Throughout this blog post, I’ve written “deinstitutionalization” in quotes because it was a movement towards community-based care that never materialized. We still live in a world that institutionalizes mentally ill people – but instead of in asylums, they are behind bars in prisons and jails (and psychiatric hospitals). Therefore, our fight against modern institutionalization is a protest movement that fights against all carceral responses to mental health crises and builds alternatives to incarceration. After all, deinstitutionalization will never occur if we continue to rely on state solutions; society must trust that our disability communities are able to meet each other’s needs with non-carceral, compassionate and proactive care.