I’m Back with 3 Self-Care Tips for You and Your Kids! 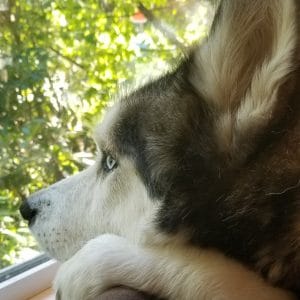 You may have noticed I took a hiatus over the summer. I just got stuck. Hit the wall. Of course I did other things. I took a road trip to a lake and jumped in with my clothes on! With my husky of course. I broke up a fight between my teens and felt pretty bad about how passive I was. I started a non-profit. But I digress.  I want to take this blog in a new direction. As a therapist and parent how do we maintain our balance? Here is where I will let it all hang out and explore. What works, what doesn’t and what’s going on.

Let’s start with jumping in a lake. Taking a dive in a new place is just what we all need to stretch and grow. You know that. So just do it! (I don’t really know what NIKE has to do with this but OK). It was cold, and a little mucky, but it was super fun. And Milo needed a little nudge too. But it was also the best day of the summer because it was spontaneous. You don’t need a lot of money to take an adventure. So try it some time.

The fight with my kids had a real sting. Words were said. Hurtful words. And I was stunned in my tracks because I was feeling particularly smug about how my kids were thriving this summer. Don’t get smug! They needed a re-set before school and college and they were both scared and anxious. So they piled on each other and me and I was pretty darn ineffective. All I could say was stop, stop! Gone were the skills that I use in family therapy every day. It ain’t easy being a Mom.  We got through it. We cooled off. And the next days came and went with a little more ease. But not before everyone blew off some steam.

And the non-profit. Well. What a concept. I had helped a girl last year get dorm supplies for college because she told me in a session that she literally had no money. It felt so good to give, I decided to do more of it. So I made a website and promoted it and got dorm supplies for another student in need. Each time I raised the money and sent the matching comforter, it was electrical! Here is the link if you want to check it out, www.dormstogo.org.  Since I work with the college population I understood how important it is to fit in.  Just because you’re in college doesn’t mean you can afford all that crap that we all take for granted.  Think of others and roll with it. Helping is being alive.

That’s all for now folks! How was your summer?!?!