“Oh when you were young did you question all the answers, Did you envy all the dancers who had all the nerve?”

There are many things in society that we are not allowed to question. The official events of 911 are one of those things. Another is the holocaust of Germany in World War 2. Not only not are well allowed to question the German holocaust but we are not allowed to question the number of six million Jews killed. My dad had a very hard time with this and not because he questioned the numbers or the events. My dad’s family was all from Poland and he understood that many Poles died in the German holocaust as well. Unfortunately when the holocaust is mentioned only the death of the Jews are brought up diminishing the deaths of others such as gypsies, Jehovah Witnesses and others.

There is another problem with the holocaust. When I google the word holocaust all the entries refer to the events of World War 2. It is estimated that one hundred million Africans died in the trans-Atlantic slave trade. It is also estimated that there were two hundred million Native Americans were living in what is now called North America. Once in the psychiatric hospital, I asked a fellow patient, who happened to be Jewish, about this. She said that the holocaust in Germany had more slain by year. But if you do the math this does not work out. There are other holocausts in history as well including the silent holocaust in Guatemala. Yet for some reason, they are not given equal prominence.

I am not objecting to any numbers but rather I am objecting to the fact that we are not allowed to ask the hard questions involved in many of these events. I certainly don’t trust the United States government to tell the truth about anything. They lied about weapons of mass destruction in Iraq and they lied about the Gulf of Tonkin. Politicians are pathological liars making campaign promises they never intend to keep. Not only do they lie, but they lie passionately.

During World War 1 Eugene Debs was running for president of the United States for the Socialist Party. He said that World War 1 was not a war for freedom and that it was a war for profits. Eugene Debs was arrested under what was called the Sedition Act. Apparently telling the truth was a threat to the United States government and its war efforts. Such events remind me of the famous Catholic Inquisition where denying the faith was a sin punishable by cruel torture.

I am a Christian. I have a deep faith. I understand that there are many aspects of Christianity and the Bible that can be challenged. And not only challenged but they are good and hard questions. For example ‘If there is an all-powerful loving God why is there so much evil in this world?’ Instead of repressing such honest inquiries I encourage them answering them honestly and openly. I know if I avoid answering these questions that it won’t help the matter any, they aren’t going away.

And so it is with questions about things in society. By not allowing an honest and thorough inquiry it points to a coverup. I remember when I was a child I would ask hard questions. We were told that we would understand when we got older. Unfortunately, we never get a legitimate answer and when our children ask we too repeat the response that they will understand when they get older.

I know many will think that I am advocating ‘conspiracy theories’. The phrase was coined by the CIA to ridicule people questioning the official story of the assassination of JFK. At this point, I am not saying whether or not any of these theories are fact or fiction but rather I am focusing on the right to question things in general. That questioning is both a healthy and a necessary exercise. Nobody should discourage an honest inquiry unless of course, you have something to hide.

A final note is that many people may think that people who question things like 911, the German holocaust, various assassinations and so forth are fools. I would say that the burden of proof lies upon those proposing the theory to provide sufficient evidence of the truth. A theory must stand under rigorous inquiry. But I’ll say this with full conviction, if you trust the United States government to tell the truth or to act honorably you are a fool of epic proportions. And one of the numerous pieces of evidence I can produce is the flagrant, malicious breaking of their treaties with the Native Americans.

If you would like to read some good stories please check out my book “From Chaos To Cosmos”. https://amzn.to/2w0fSJ3 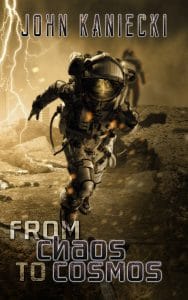